Introduction of Cables and materials in Solar Power Stations

According to the system of the solar power station, solar cables can be divided into DC cables and AC cables, which are classified according to their uses and environments:

(1) A series of cable between components.

(3) the cable between the DC distribution box and the inverter.

The above cables are DC cables, more outdoor laying, need to be moisture-proof, sun-proof, cold-resistant, heat-resistant, UV-resistant, and chemical substances such as acid and alkali protection in some special environments.

(1) the connection cable from the inverter to the boost transformer. 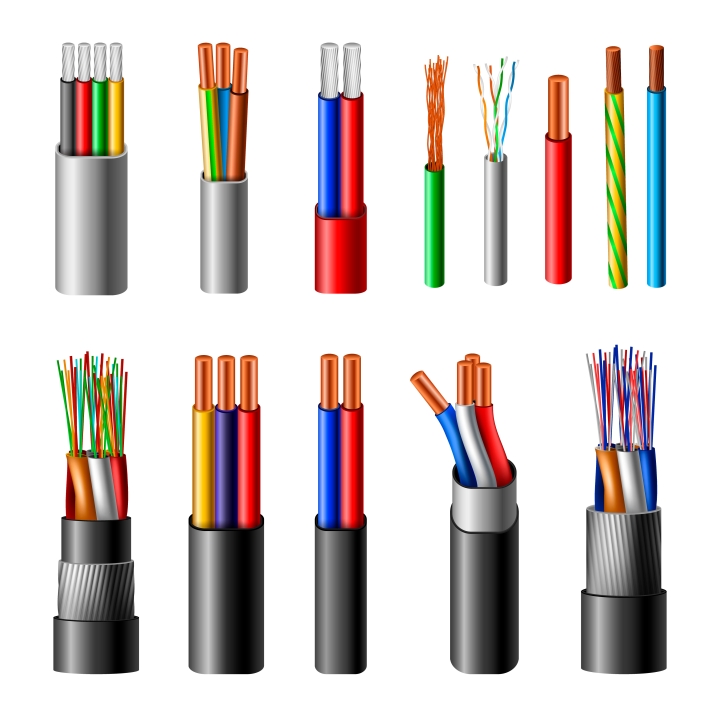 (2) the connection cable from the booster transformer to the distribution equipment.

(3) the connection cable of the distribution equipment to the power grid or the user.

A large number of DC cables in photovoltaic power stations need to be laid outdoors, and the environmental conditions are bad. The cable materials should be determined according to the resistance to ultraviolet, ozone, severe temperature change, and chemical erosion. The long-term use of common material cable in this environment will cause the cable sheath to be fragile and even decompose the cable insulation. These conditions will not only directly damage the cable system, but also increase the risk of the cable short circuit. In the medium to long term, the possibility of fire or personnel injury is also higher, which greatly affects the service life of the system.

Therefore, it is very necessary to use special solar cables and components in solar power stations. With the continuous development of the solar industry, the market of solar components has been gradually formed. As far as cables are concerned, various specifications of solar professional cable products have been developed. The electron beam cross-link cable developed recently, with a rated temperature of 120 ℃, can withstand adverse weather environment and mechanical shock. As another example, ZW Cable is a special solar cable according to international standards. The commonly used model is solar cable 4mm and solar cable 6mm in an outdoor environment. Its service life is eight times longer than that of rubber cable and 32 times longer than that of PVC cable. Solar cables and components not only have the best resistance to wind and rain, ultraviolet and ozone corrosion but also can withstand a wider range of temperature changes.

In most cases, the DC cables used in solar power stations work outdoors for a long time. Due to the limitations of construction conditions, connectors are often used in cable connections. Cable conductor materials can be divided into copper core and aluminum core. Copper core cable has the characteristics of better oxidation resistance than aluminum, long life, good stability, low voltage drop, and low power loss; in construction, because the copper core is flexible and the allowable bending radius is small, it is convenient to turn and wear the pipe; moreover, the copper core is anti-fatigue and not easy to break after repeated bending, so the wiring is convenient. At the same time, the copper core has high mechanical strength and can withstand large mechanical tension, which not only brings great convenience to construction and laying but also creates conditions for mechanized construction.

On the contrary, aluminum core cable, due to the chemical characteristics of aluminum, the installation joint is prone to oxidation (electrochemical reaction), especially prone to creep, which is easy to lead to failure. Copper cable has outstanding advantages in the use of solar power stations, especially in the field of directly buried cable power supply. It can reduce the accident rate, improve the reliability of power supply, and facilitate construction, operation, and maintenance. This is the reason why copper cable is mainly used in underground cable power supply in China.

During the installation, operation, and maintenance of the solar power station, the cable may be wired in the soil below the ground, in the weeds and rocks, on the sharp edge of the roof structure, exposed in the air, and the cable may withstand the impact of various external forces. If the strength of the cable sheath is not strong enough, the cable insulation will be damaged, which will affect the service life of the whole cable, or lead to short circuit, fire and personnel injury risk, and other problems. Cable researchers and technicians have found that the materials cross-linked by radiation have higher mechanical strength than before radiation treatment. The cross-linking process changes the chemical structure of the polymer of cable insulation and sheath materials, and the fusible thermoplastic materials are converted into non-fusible elastomer materials. Cross-link radiation significantly improves the thermal, mechanical, and chemical properties of cable insulation materials.

In operation, the DC circuit is often affected by a variety of adverse factors, resulting in grounding, so that the system can not operate normally. Such as extrusion, poor cable manufacturing, unqualified insulation materials, low insulation performance, DC system insulation aging, or the existence of some damage defects can cause grounding or become a hidden grounding danger. In addition, the invasion or bite of small animals in the outdoor environment will also cause a DC grounding fault. Therefore, in this case, the cable, which is sheathed and sheathed with rodent protection agent, is generally used.